Every blogger does a year review right? Well I may as well join in and remind you all of my year. It’s definitely been a year of ups and downs, but definitely one of my best since I moved to London. Then there is 2014 ahead to also consider! 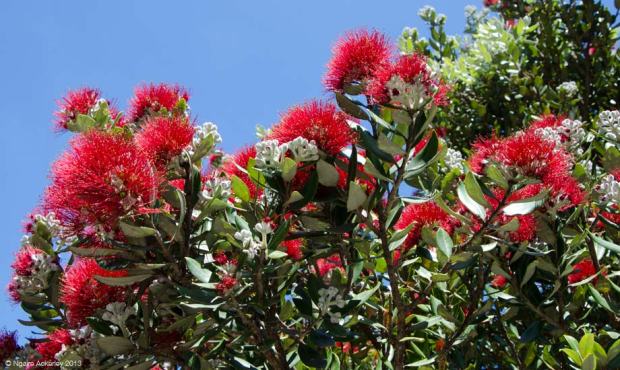 Why has it been better than past years?

Easy. I was more social – which sounds easier than you think when you give up your job, friends, leave you family in NZ to move somewhere where you know nearly no one. So late 2012 I moved offices into a co-working space (I still work for the same company), I am now surrounded by others that work remotely or are part of small companies. It always cheers me up after my travels (when I’m in the ‘why am I back in London?’ mode) to be around people on my floor and it always amazes me that they care about my trips and what I’m up to.

The social aspect doesn’t end with work either. For years I’ve said things like ‘I’d like to play touch rugby’, ‘I’d like to meet more Kiwis in London’, ‘I’d like to learn a new language’, ‘start a travel blog’ or ‘take up pilates again.’ Granted I didn’t achieve all of these, but I did play a season of touch rugby, made some more Aussie and Kiwi friends in the process, got a black toe and a few minor sprains along the way too. I was saddened when my team disbanded and didn’t continue another season, but being Aussies and Kiwis most of the people had travel plans. So, I decided to join a tag rugby league for the following season. It was a bit of a learning curve, but a fun one at that. The league is a very social one and it made me realise how much enjoyable London is when you’re out and about around other people, making friends.

Unfortunately I think I only made it through my first season of tag rugby as near the end I injured my knee (this is after concussion a few weeks before) and haven’t been able to run since, even decent amounts of walking has been a struggle. The good news is I’ve replaced my walking and running with extensive stretches and physio and I am finally on the mend… maybe I’ll be able to play again next Summer.

I also met more Kiwis through a Kiwi ladies tweetup group and also through a few NZ Society events where I visited the penthouse suite of New Zealand House in London (it really does have the most amazing view in London). I continued to attend and be involved (and presenting) in the London WordPress Meetups (hence the WordPress blog) and have made some really great friends there too.

I also attended another Travel Photography Live conference which always encourages me to do more photography. I even released my first book called ‘Footprints through East Africa’, if you’re interested in previewing or buying the book visit this link on blurb.com »

Amongst all this I’ve had some more fun times travelling this year. My trips have been more spread out and fewer (as I found being more social meant less travel money is saved). 2013 started in my home country of New Zealand, with the lovely sunshine of New Zealand’s summer, leaving the terribly long UK winter behind temporarily. I was able to see friends, old work colleagues and family that I hadn’t seen in almost 3 years and my new nephew that had just been born and got to know my other nephew (I’d left the day after his 1st birthday). It was an exhausting/exciting trip, but a much needed one and I loved every moment. 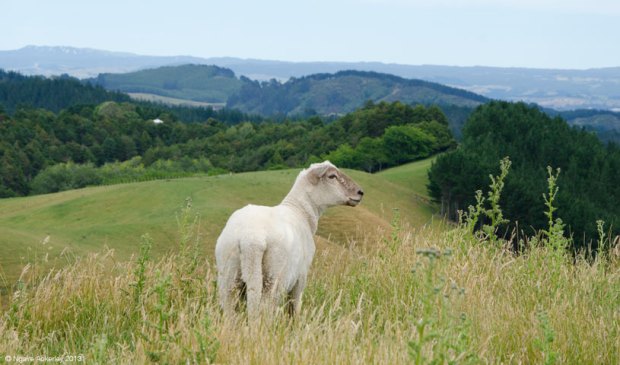 Sheep on the Papamoa Hills, Bay of Plenty, New Zealand

Returning to UK’s winter I’d decided it wasn’t cold enough and I needed to head somewhere where is was drowned in snow. So I organised a trip to Norway with 3 other international people: A Spanish girl who I knew from my studies in Austria, her Austrian friend and then an Aussie friend of mine who was soon to leave London. Together we managed to check out the cute town of Tromso in Northern Norway and find the Northern Lights on two trips in the deep of the night. 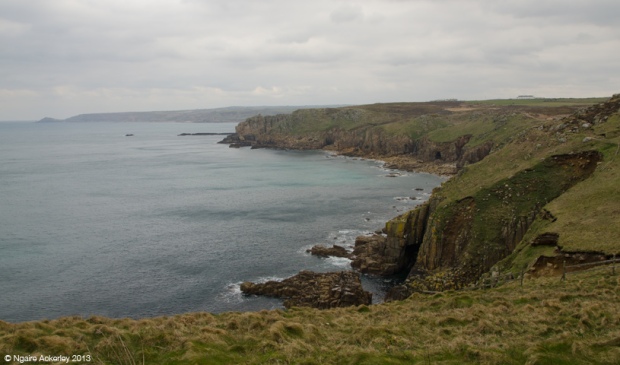 Easter time I decided to check out a bit more of England and the area that so many English people rave about: Cornwall. It was a bit lonely, as for once I stayed in a cheap hotel in a central location rather than a hostel. However, I did manage to see lots of attractions in the area. I froze at Lands End, was transported out of this world at the Eden Project, felt at home in Heligan Gardens, and enjoyed the quaint beauty of St. Ives.

May brought some Spanish sun with a trip that didn’t go exactly to plan but was still a nice sunny break from London with tapa’s to die for! Granada felt like the real Spain and was home to the architectural wonder that is the Alahambra. 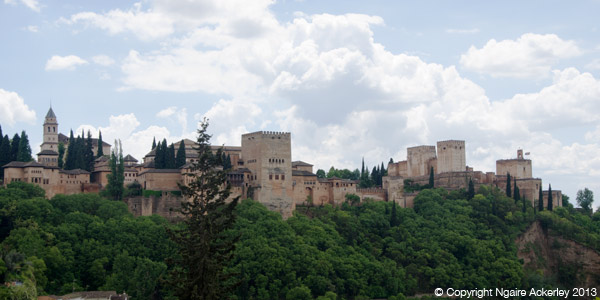 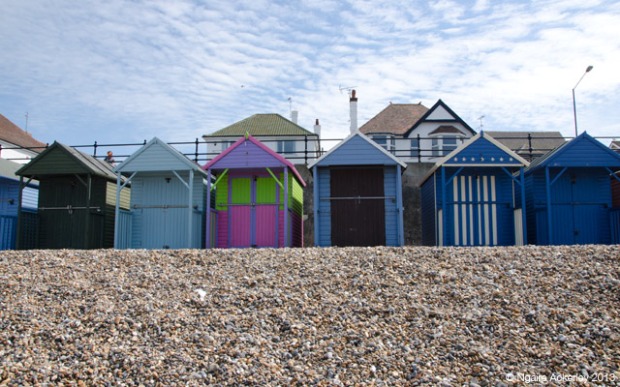 I decided the next stop was a day trip down to Canterbury and missing the seaside I also ventured with a few Kiwis to Whitstable and Herne Bay. It was certainly a sunny day in the English seaside, read more about ‘A Cathedral, Canals and Coastline’ » 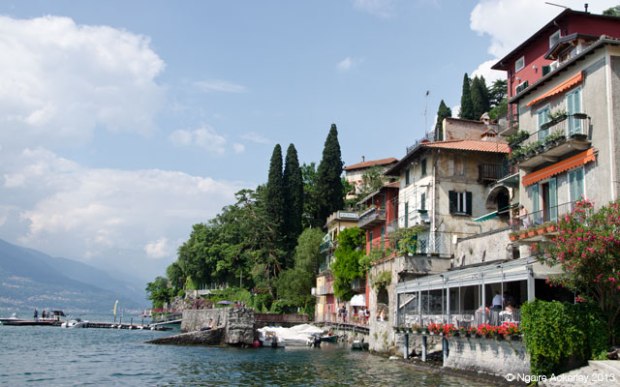 My love for Italy took me to a place I was recommended back when I visited Sorrento a few years ago. I ventured to Lake Como, after nearly missing my flight (this was post touch rugby MVP and finals celebrations). One day I’ll learn. Anyway, Lake Como was lovely and relaxing, hopping around the expensive islands and finishing up in Milan and checking out the incredible architectural feat that is the Duomo. Really is one of the best Cathedrals I’ve ever seen.

As London moved into Autumn I ventured to Greece on a trip I’ve wanted to do for years – Greece was one of my first travel books I brought. It was one of those trips I wanted to do with people, so it was great to be able to find a few people to join me. I found the less touristy spots to be my favourite, the island of Naxos standing out. I could easily go back there and enjoy the little alleyways of the town, the incredible white sand beaches and outstanding views around the island. However, Santorini was also incredibly beautiful. 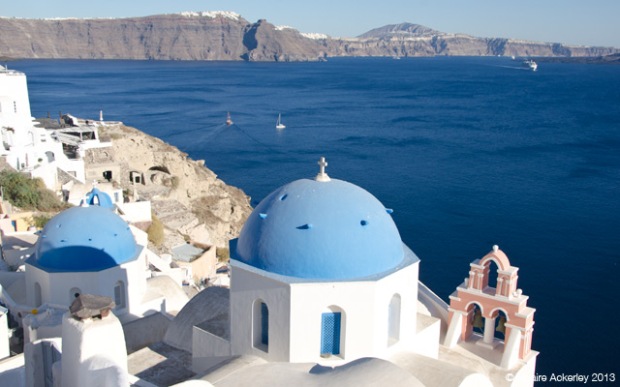 If you fancy checking out the photographs of Greece visit my Greece photography gallery or visit the blog post about this trip called ‘Greek Island Hopping’. I also visited Athens – which can be read about in my post ‘Historic Athens, to take you back in time’.

I also attended a conference (WordCamp Europe) in Lieden this year, which was nice to see another side to the Netherlands, outside of Amsterdam. I shared a few photos here » 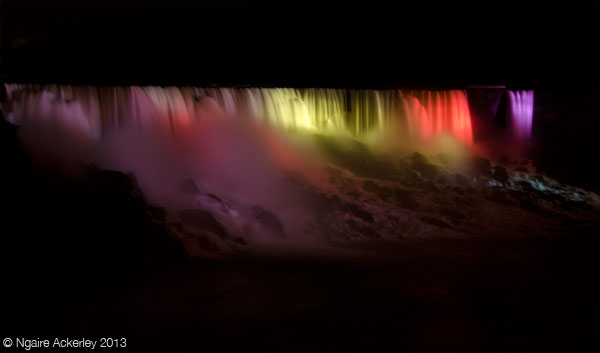 American side of Niagara Falls, at night

Finally my travels ended recently in on a workcation in Philadelphia after some time in New York and Niagara Falls. It was my first time spending proper time (outside of the airports) in the States and really showed me how much it has to offer. I’d always thought the USA was too much like NZ and wasn’t unique enough to travel, but I was horribly wrong. America has so many natural wonders that have now entered into my travel list to see one day.

I wrote a few blog posts about my time in the USA and Canada listed below:
‘A day of sights in the Big Apple’ »
‘Warning: this will make you hungry for American food’ »
‘Halloween pumpkin hunting’ »
‘A tour of Niagara Falls in all its glory’ »
‘Parks in all their Autumnal/Fall Glory’ »
‘Sizing up New York and Philadelphia’ »

If you’d like to check out my photography of the USA and Canada, visit the gallery here »

Christmas this year I spent it in London, first one since my first year in London. My Aunt visited me all the way from New Zealand and together with a few other Kiwi’s the Christmas table was full of accents that were true to my heritage. I’ve ended the year up in the lovely rainy Lake District too with nipping up to Glasgow on the 31st, making it at least one trip to Scotland every year I’ve lived in the UK! To bring in the first few days of the year we’ve also visited north England and Edinburgh (yes again… it is my favourite city so why not?) 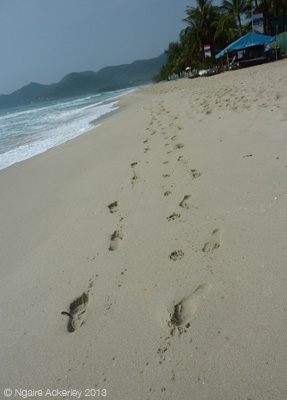 2014 should be an interesting year for me. I hope to do a few more things to keep me happy and busy in London, maybe replace rugby temporarily with something less hard on my knees, continue my photography and maybe learn even Spanish!

As for travels, I think this year will be a year to visit my friends in Sweden with their new house and baby, potentially check out a bit more of France since I’ve only seen Paris and Perpignan so far and I may even try to get to Russia for the first time.

Ideally I’d like to get back up to Scotland again to see the Fringe festival again and also visit the Isle of Skye and potentially Orkney. We can all dream right? I haven’t planned any trips yet and chances are money won’t stretch to make all this happen. It may be that the first few bank holidays of 2014 see me visiting UK destinations (and maybe Sweden). I’ve done the UK pretty well, but Stratford Upon Avon is a daytrip that I’ve wanted to do for awhile and then there is also Snowdonia in Wales.

Sounds pretty cold for 2014… may have to find a way to add in a warm trip in there somehow! Africa is still calling me at some point in the future… yet nothing will ever beat my best trip of visiting the Gorillas in Rwanda I don’t think.

← Sizing up New York and Philadelphia
A reflection of Christmas →