From Turtle Island Glamping, Borneo to the Batu Caves of Kuala Lumpur

Island life vs big city living. There is quite a different vibe you get from Borneo region compared to the mainland city of Kuala Lumpur. Timely as politics was quite the talk at the time as they were voting in a new prime minister. But I won’t go into the politics of it all.

Beautiful as it may seem, don’t let the photos fool you too much… 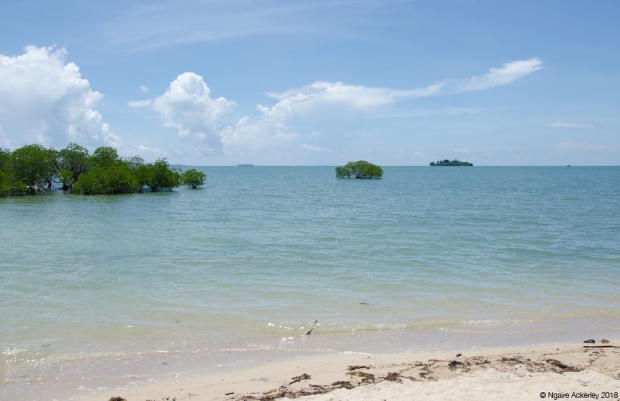 We snorkelled amongst rubbish and the tide was extreme. By now it was very hot too and once the tide starts its escape there’s not much to keep you cool.

Glamping was interesting, Basically single beds in tents with a portable fan, not too fancy, but better than sleeping on the ground! 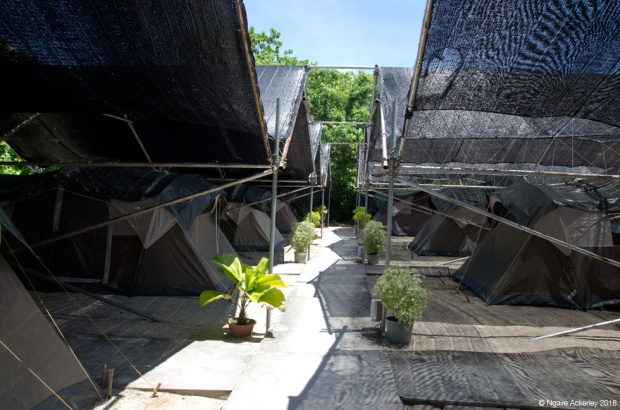 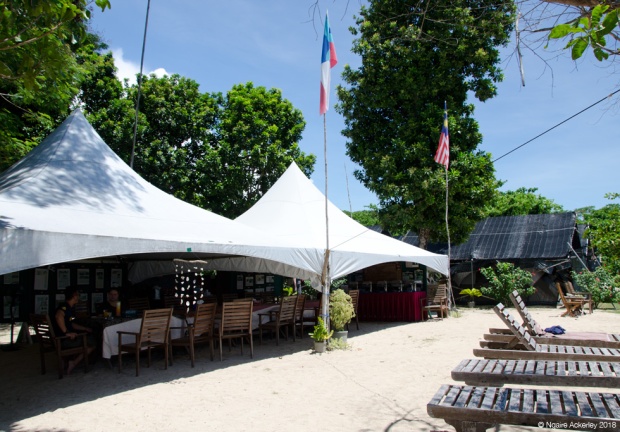 The purpose of this visit was to release turtles, yet the more I learnt about it the more it felt wrong. The island had released 100 baby turtles the night before and had kept them for several nights awaiting our arrival. They kept 2 more for us to release, but with the extreme tides this was around midnight.

What I didn’t like about this is that keeping baby turtles to be released endangers their health and survival. Yet, why would tourists come here if they couldn’t release turtles? The snorkelling wasn’t great and you can’t swim for long, its got to be a hard life on these islands in the heat.

It was also not the main island turtles come to, yet because of dogs and other predators they dig up turtle eggs and put them in a hatchery… I still think more could be done to keep the eggs in their natural habitat and look after them rather than risk death moving them. Why are their dogs on the island in the first place if turtles are the main form of tourism/money for the people that live there? The extreme tides make it a struggle for both the turtles and the island people as well.

It was quite a long trip to get out to this island and to be honest… I didn’t think it was worth it. I didn’t feel comfortable with the turtle situation and again we had a lot of ‘spare’ time. I don’t do well lying on the beach in the hot weather with no way to cool down. 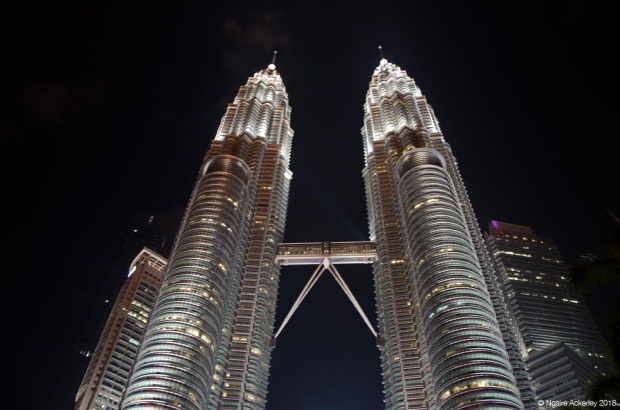 With the tour of Borneo drawn to an end, I ventured over to Kuala Lumpur with a friend I made on the tour to check a few of the local sights.

Kuala Lumpur itself is a big city, with the range of local and rustic areas, Chinatown to high rises and the likes of the Petronas Towers that scream money and wealth. Extreme change from where we’d come from. 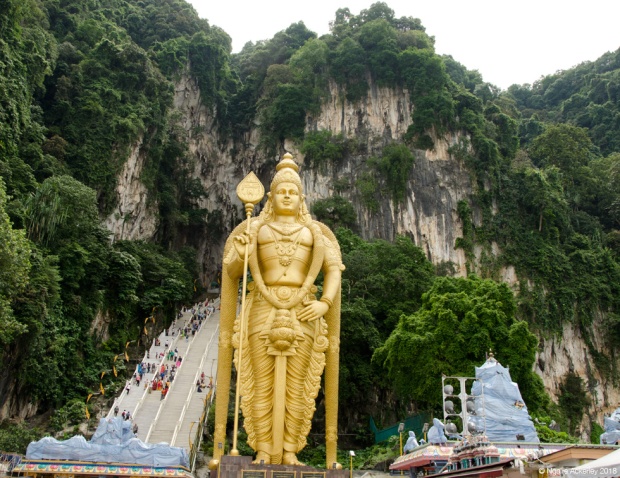 My new British pal, Beth wanted to check out the Batu Caves and I wasn’t about to say no (I hadn’t really planned anything in KL due to all the flight changes).

The limestone caves are thought to be around 400 million years old and the template is an important religious landmark for Hindus. The Cathedral Cave is the largest and houses many Hindu shines below the 100m tall ceiling.

Plants are growing out of the cave walls, monkeys are monkey-ing about – trying to steal food and things from tourists.

Sadly there was a lot of construction work going on, but for a place that doesn’t charge any entrance fee, I couldn’t complain. 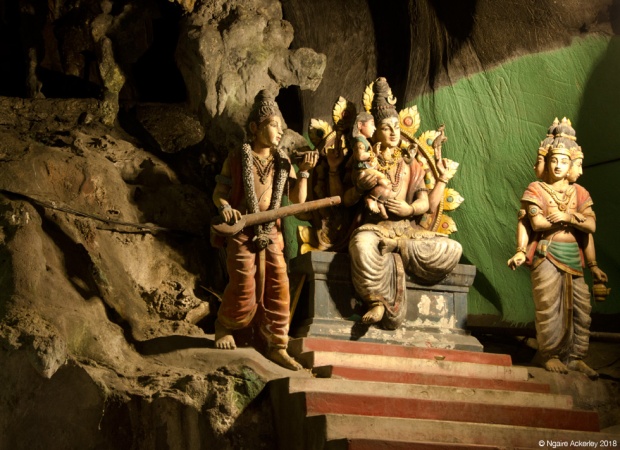 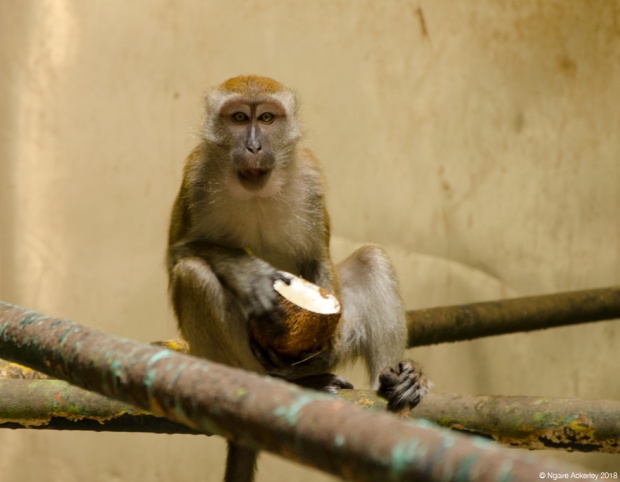 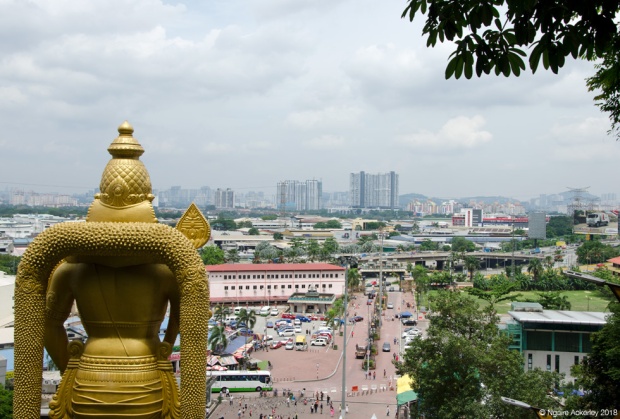 Batu Caves view from half way down, Kuala Lumpur

Typical ‘Ngaire style’ I managed getting up by not looking down behind me. The stairs are pretty steep and the humidity was very high. The fear of heights I became more apparent coming down, let’s just say Beth was waiting awhile at the bottom for me!

I should note, that women need to have their knees and shoulders covered. There are cloths for hire at the base of the stairs for those that forget. You’ll sweat going up the stairs no matter what, so wear a colour that hides the sweat if you can. 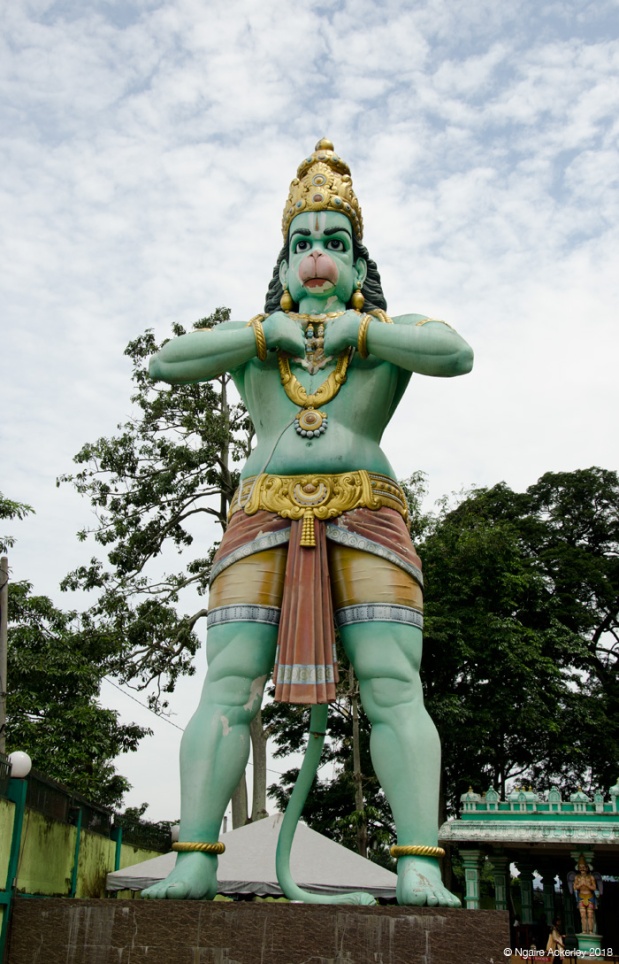 Sadly that was the end to my break, I managed to see the start of the royal wedding (Harry and Megan) from Beth’s hostel, then ventured off for my flight…

Okay, excuse ending on a rant, but I feel that anyone that considers flying with Malaysian Airlines should consider themselves warned.

Before I left for my trip the airline had changed my flights countless times. When I first arrived in Kuala Lumpur for my flight to Kota Kinabalu in Borneo, the flight was cancelled and I was promptly put on the next flight. My luggage was not.

Returning, when I went to leave KL for New Zealand the plane was loaded, safety briefing done and then just as I was drifting off to sleep (and I never sleep on planes) came the announcement of a plane fault that they were trying to fix. It would be 30-45minutes. 2 hours later (it’s now about 1:30am) and we’re still on the tarmac. We were soon told to leave the plane and go to one of the gates. Which was closed. One of the staff had told me they were going to try for a flight around 2:30-3am. After waiting at the closed gate for what felt like forever, we were told our flight would be at 8:40am.

Note: Obviously if there is a plane fault the plane is not safe to fly, this rant is more about the process of how it was dealt with.

The airport was shut. While they did get all 160+ people to line up for food vouchers I wandered around scoping out somewhere to sleep, as they weren’t providing any lounges for us. I eventually went to get the vouchers and found out they were for Burger King and a coffee from a cafe that you had to take a train to another gate to get to. Why would anyone bother?

I promptly told them what I thought and went to find a flat set of chairs.

Oh most of the toilets were closed for cleaning too and lots of night staff had their music blaring. You couldn’t wander shops and the only flat chairs I could find were near blaring music. I was lucky to get an hour sleep if that before the long haul flight back to NZ… which ended up leaving 20minutes late.

I was going to arrive Sunday afternoon, do some washing, groceries and get a good night sleep before the dentist and work early the next day.

Instead, I arrived home around 1:30am, struggled to sleep, was over-tired and still got up at 5:30am to get ready for the day. Commence a week of torture jetlag. Less be said, I won’t be flying with Malaysian Airlines again.

Rant over. Thanks for reading!

← For the love of solo travel
The Borneo Adventure Roundup →