Disclaimer: I cannot be held accountable for a few too many ‘awww’s’ or mentions of cuteness in this post. Read (and smile) at your own peril.

I’m always wary about wildlife sanctuaries and whether or not certain animals should be there and after my visit to one in Kuranda I really wasn’t sure about Port Douglas’s Wildlife Habitat. However, I was pleasantly surprised. So much so, that I spent almost the entire day there!

Wildlife Habitat has 4 different habitats that are home to lots of different birds, mammals and reptiles. Each one does various guided walks and feeding throughout the day, with multiple times so you can just about fit a tour around every habitat! The staff are very knowledgable and happy to answer questions too.

The woodlands area is a smaller area with an array of birds and parrots. The cafe is also home to many of the birds of the habitat, many whom think it’s their prerogative to join you and help themselves.

Parrot in the Cafe

Parrots in the cafe

Stepping through the doors I was instantly greeted with an array of birds chatting away. Water being sloshed through by the storks and birds flying all around. I was blown away by the incredible set up of nature all around and how vast an area it was for all the birds to enjoy. 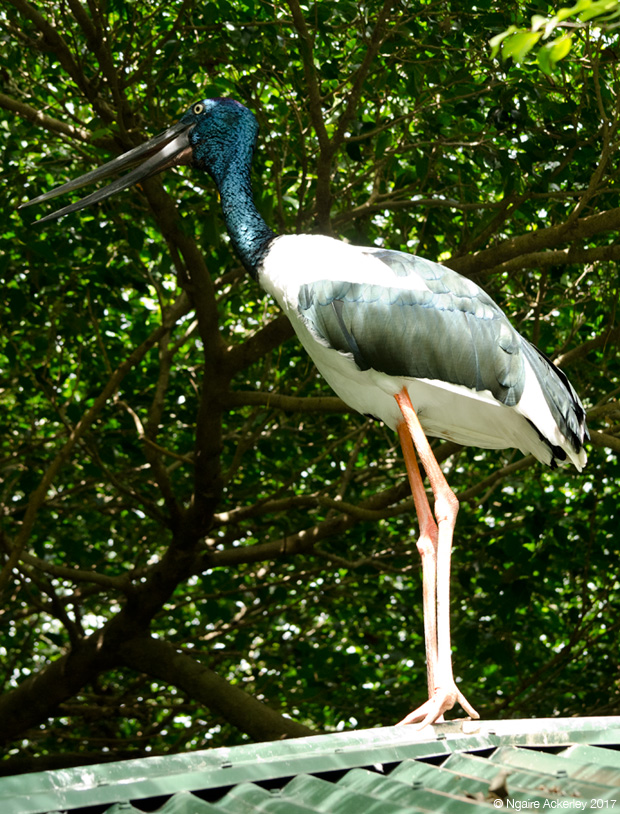 Here I found an array of birds, kangaroos, wallabies and reptiles. The area was pretty vast, I imagine not nearly as good as being outside in real openness, but at least they are safe here from cars and still have plenty of space to roam.

And just to prove the Wallaby didn’t mind the camera, here’s a little video:

The rainforest was a treat.

There’s a few trails above and below as you can see in the video, so you can be wandering through the vines amongst the birds or down by the water’s edge and checking out the flightless animals. The endangered Southern Cassowary was incredible to see. Similar to an emu, but so brightly coloured, it was really quite unbelievable! 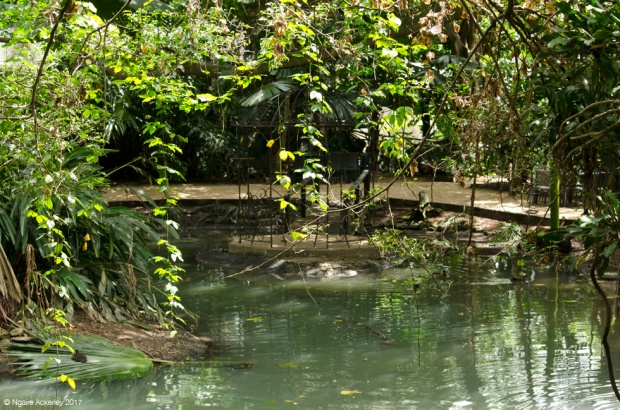 I was really quite surprised how much I enjoyed the Wildlife Habitat in Port Douglas, it gave me hope that the future of zoo’s and similar sanctuaries aren’t all bad. Some may be necessary, but at least they are starting to think more about creating an environment for the different types of animals in their own natural habitats.

It’s a great day out for the whole family or solo traveller like me. They didn’t know I was a blogger, but I’m more than happy to encourage anyone visiting Port Douglas or Cairns in Australia to check them out. More information can be found here: http://www.wildlifehabitat.com.au/