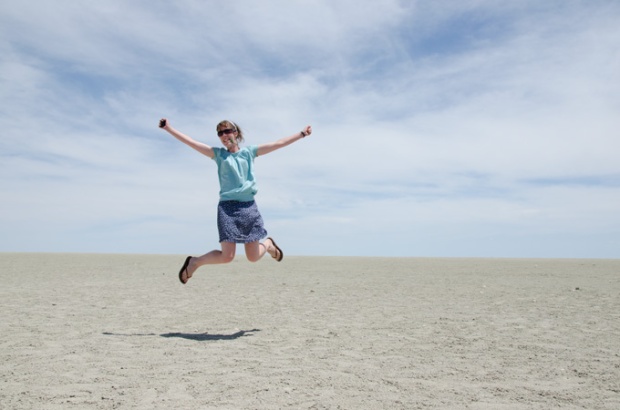 Jumping as you do in Etosha National Park

I remember that first flight from New Zealand and the sunset as I flew out from Auckland. I was nervous and excited at the same time. I’d be in Austria for 5-6 months on a scholarship, experiencing my first taste of travel. I became more and more confident, hostels didn’t scare me and the knowledge of how cheap it was to travel encouraged me. I ended up organising a lot of trips myself for my friends and I.

My first trip out of Austria – to Prague

There would be the odd warning, like gypsies in the train station of Prague, or being pick pocketed in Venice. I’d wonder if I should be scared seeing police with guns and army people with machine guns walking around the Perpignan train station at night. On the whole, nothing really went wrong (well besides that time with the fire engines and police at 4am in the dorms…). I enjoyed it so much I turned around and moved to the UK less than two years later. 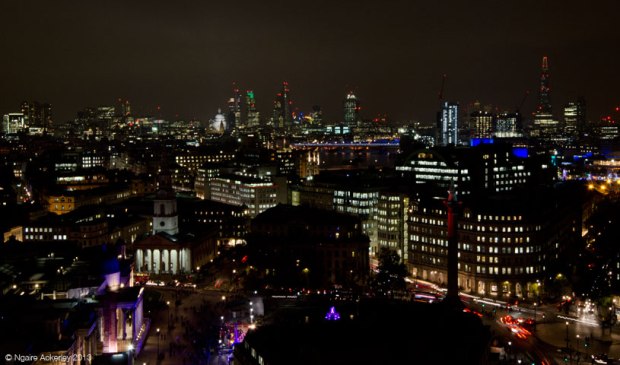 Departing New Zealand for the second time was more difficult than the first. I had no idea how long I’d be away. I had no friends, jobs or permanent accommodation organised, but my last trip was so great, this one would be too. The morning I left, my nephew was really sick, I kissed him goodbye, only to regret getting so close two days later…

Sick as a dog in Bangkok, completely alone, crawling to the bathroom – I had caught my baby nephew’s virus. Somehow, I moved myself to Koh Samui as planned and checked myself into hospital. Three days on IV fluids and squashing cockroaches in a hospital where no-one spoke very good english except to keep asking when my friends or family would be there. My family had no idea I was in hospital, I was travelling solo. “Ooo you brave” was the constant remark. 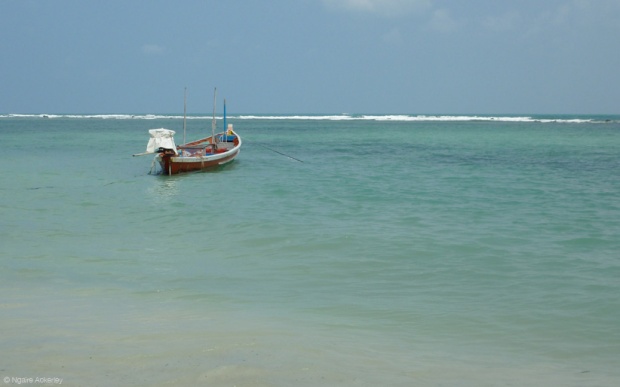 I lived through that unexpected experience and from then on out any tough experience was compared to Thailand on day 2 of my trip from New Zealand. Nothing could be quite as bad as that (in theory) and ‘it’s all part of the experience’.

6 years on and reflecting back I’ve been a tad unlucky when it comes to health and travelling, but I’ve never really let it get me too scared or worried. I’ve cried as sea urchin spikes were pulled from my foot, I’ve stressed over insurance countless times in various countries, but I’ve always dealt with it and gotten on with the next exciting thing. I’ve kept adventure at the forefront and tried to experience as much as possible. 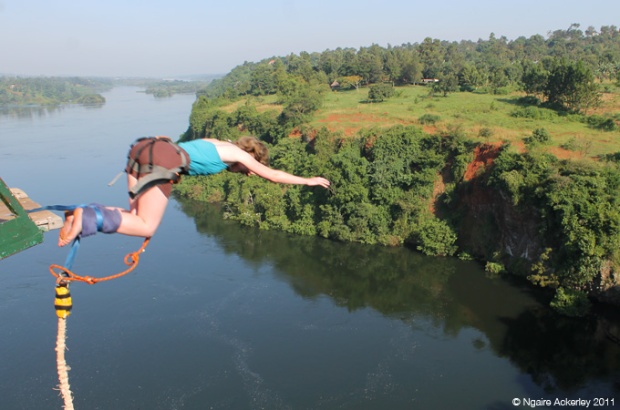 Bungee Jumping, Jinja, Uganda. Definitely outside of my comfort zone.

Don’t mess with me travel personality

I’ve gotten to the point that I’m used to travelling alone now. I don’t let things worry me, I’m alone and I have to deal with it myself. After a few slightly uncomfortable experiences, I now ignore people to avoid being hassled. If I’m in a comfortable environment then I’m more than happy to be chatty towards other travellers and sometimes even join them for a day or two.

Yes, I do miss out on some amazing experiences because of ignoring some people in the streets and public places, but as a solo female traveller more often than not I’d be open to rude people or danger if I acknowledged some of them. I avoid opening myself up to dangerous situations where possible. Yet, I do what I want, when I want. My travel personality is turned a bit hard. 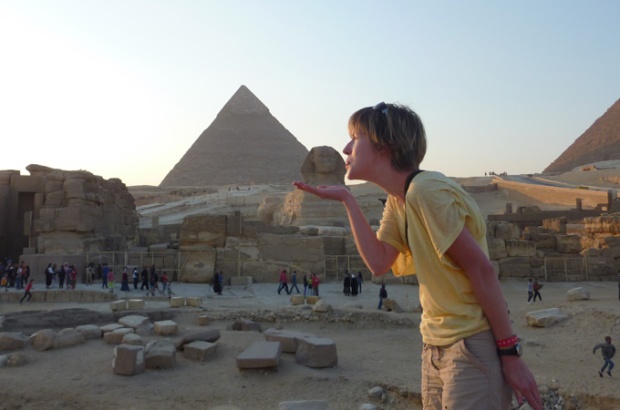 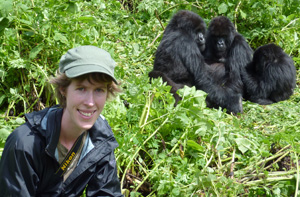 Me with the Amahoro Group of Gorillas in Rwanda’s Mountains.

Over the last few years I’ve travelled to less-popular spots to avoid tourist traps and this has opened me up to some incredible experiences and heart-breaking ones. Realising how lucky we are in the western and modern world is a big part of that.

I’ve learnt to be much more selective when it comes to conservation projects, they aren’t all out there just to help the animals. Likewise, I’ve discovered how amazing, happy and free animals are in the wild rather than zoos. We live our day-to-day lives in such a small part of the world, the more we can travel and get out of comfort zone, the more knowledgeable we will become and appreciative towards the world and beings all around us. 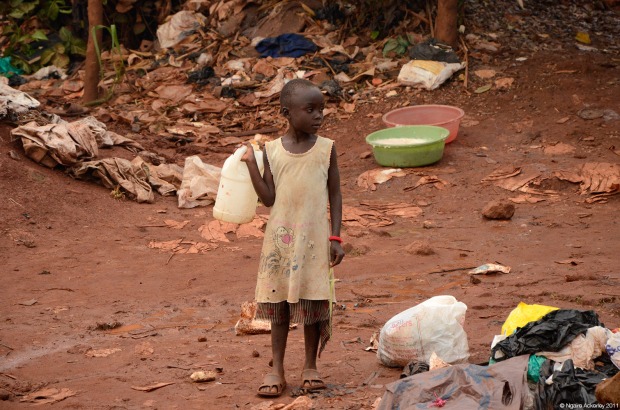 Child on roadside in Kampala, Uganda 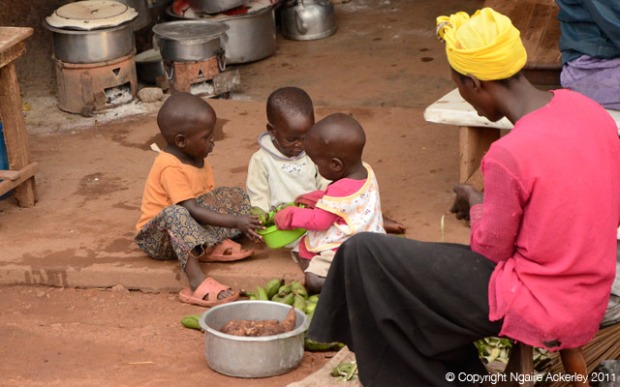 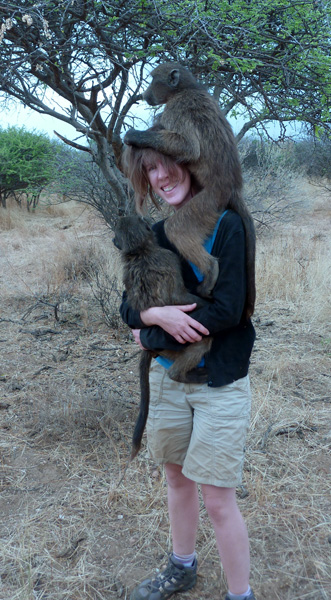 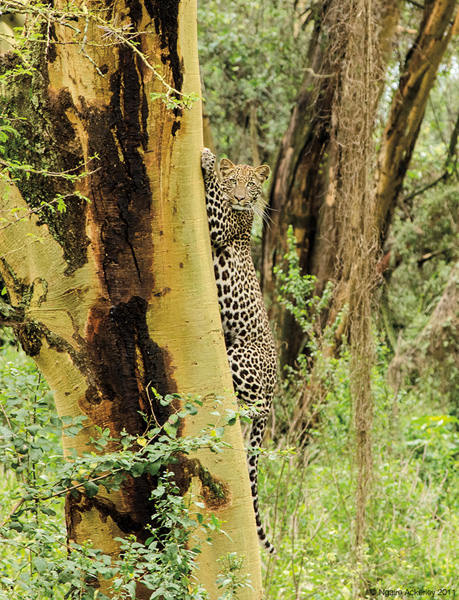 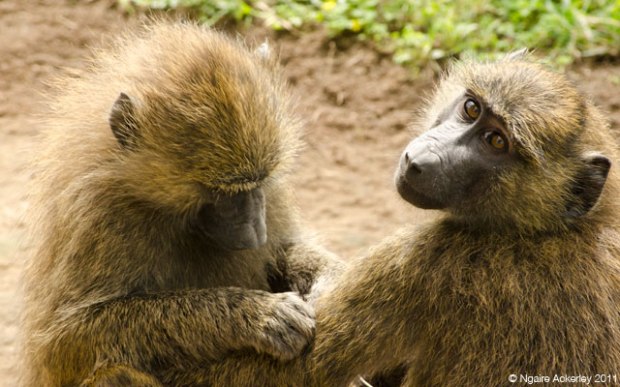 My travel personality has definitely changed over the years as you can see. I no longer have assumptions of other people’s travels, now knowing how hard long-term travel can be – emotionally and physically. I have a lot of respect for responsible travellers. As for me, a lot of things that used to phase me, no longer do. 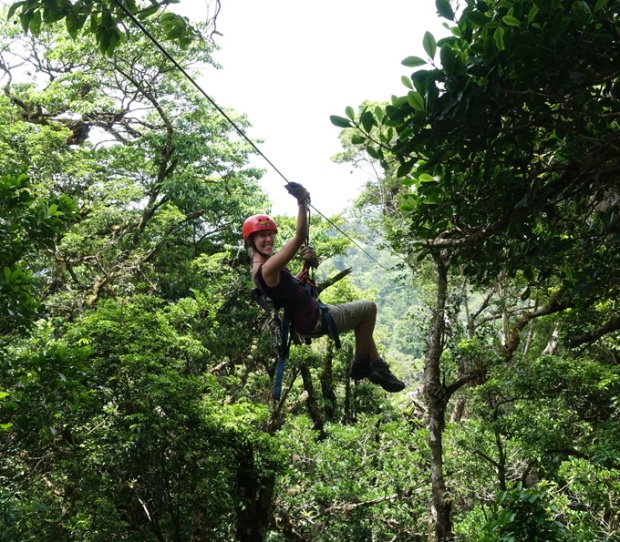 P.S. I’ll be honest though. I’m still a complete and utter wimp when it comes to bugs on steroids in Namibia or flying roaches in Costa Rica. Snakes outside my tent in Africa, no problem, but if anything small and creepy can touch me then I’m freaked.

← One month anniversary back in New Zealand
Memories in Quotes →