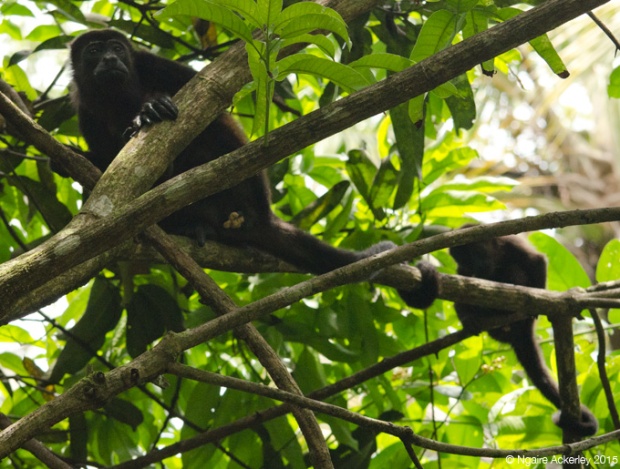 During my last days in Costa Rica I ventured down the Caribbean coast of Costa Rica to meet the beaches, wildlife and… the wet season.

That’s right the wet season. This affected my opinion of the beaches and is the reason this post doesn’t have many photographs.

I decided to visit Puerto Viejo because it was the nearest largish town to Cahuita National Park. By large I mean it had maybe 4 blocks of shops/restaurants to it.

It’s a sleepy town where the main smell is not the ocean, but weed instead. I hate the smell of weed.

I visited a few of the beaches such as Uva (rocky, rough) and Manzanillo (one day was okay, another day was churned up and rough). The postcards in shops make the beaches look lovely, but with the nightly storms and morning and evening rains the beaches were not very nice at all. It’s sad when you’re in less than knee deep water and scared of the waves and current.

One day I met up with a few people and they joined me on the visit to Cahuita National Park. It was Sunday and we got the bus schedules all wrong, so left town quite late. By the time we got to the park we walked for an hour and a half and were told we’d have to rush if we wanted to make it before the park shut. Same as the Pacific Coast, the parks shut early, beaches even earlier because of the ocean waves.

The good thing about Cahuita National Park is that it’s free! As you wander through the easy paths of sand/dirt you can easily come across lots of little lizards and monkeys. We had fun listening to the howler monkeys and the capuchins.

Sadly the people I was with decided we should go back to the start to catch the bus after we were told to rush to the end. It was one of those moments that I should have listened to my solo traveller self and just continued on alone. But I didn’t. I returned with them, so saw no more sloths or other wildlife. 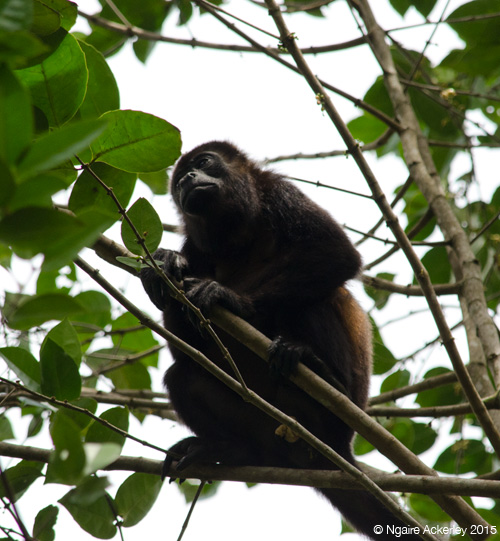 I’ve become a strong breakfast person. Mainly because if I have a decent breakfast I can generally skip lunch and treat myself to an early nice dinner. So while in Puerto Viejo I did find a few very good breakfast spots.

Bread and Chocolate Cafe: Does amazing breakfasts and you can order an entire french press of coffee to get your fill in before you start the day! Sadly they are shut on Monday and Tuesday, but that did give me a chance to also try other places.

Rico’s Cafe: Also does amazing breakfasts surrounded in a library of books that can be exchanged. The guys that run it are super friendly too. It’s a quaint and understated spot for a yummy brekkie to start the day.