Sailing through the San Blas Islands on the Nacar 2

An island in the San Blas

As I farewelled Colombia and South America I boarded a catamaran boat to sail to Panama in Central America. I’d heard some horror stories about the first few days of sailing so I made sure I had plenty of sea sickness pills to see me through. 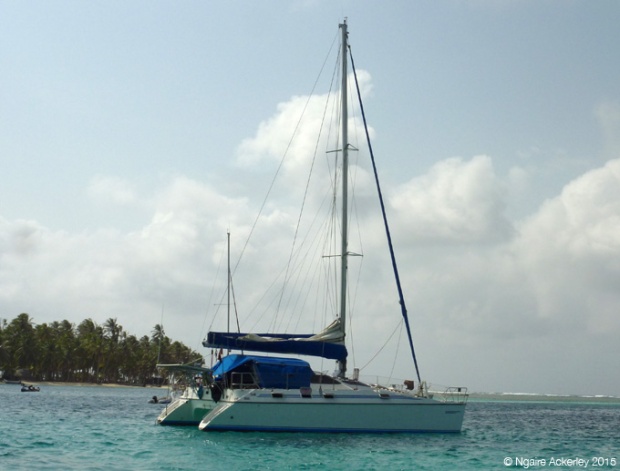 I chose the Nacar 2 with the help of Blue Sailing, a company that helps organise the sailing trips between Colombia and Panama. They have 25 boats to choose from and are fantastic at answering questions and giving advice. I opted for this particular boat because it was a catamaran and less of a ‘party’ boat compared to others. I figured a catamaran would be more stable in rough seas. However, someone on the boat actually said that  mono hull boats are actually better for sailing. 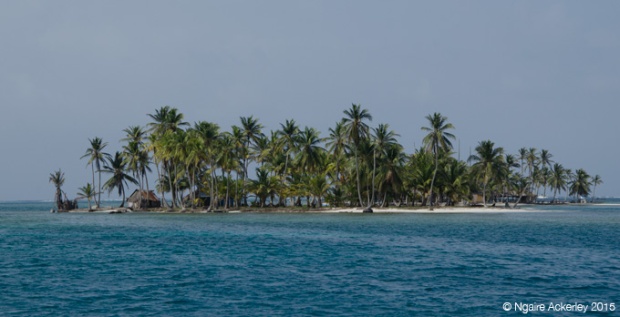 An island in the San Blas 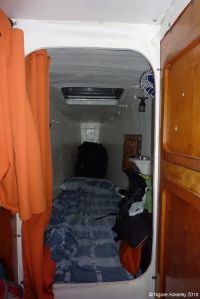 My cabin on the Nacar 2

I’d heard fantastic things about the food on these boats, but sadly our boat didn’t have enough food. We were all left hungry after several meals. Besides the food it was a pretty good trip. The boat had small ‘cabins’ I had opted for a single that was more like a coffin than cabin, but I had expected that. I was pleased to have a fan to help with the heat even if it was very loud.

The dreaded first two days weren’t actually that bad. It was about 30 hours of sailing to get to the San Blas Islands, which I slept most of. The first day I woke up, felt it was a bit rocky so took another sea sick pill and went back to sleep. After a small lunch it was nap time again. So in 24 hours, I probably managed to sleep about 18 or so of them. I’m not a good sleeper by any means, but those pills really help make you drowsy. By the time we arrived the next day the sea was calm and I had survived the trip without getting sick. Success!

The islands of the San Blas were pristine. Covered in palm trees and white sand it couldn’t get much more beautiful. Definitely worthy of calendar and postcard pictures. There are 365 islands in the San Blas, most of which have at least a little shack on them, some that even sell drinks and have shower facilities on them. 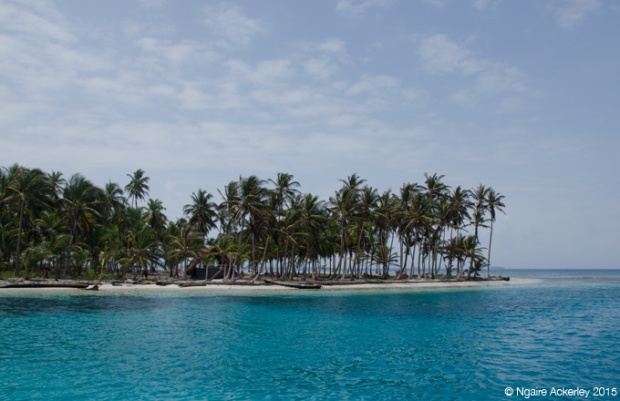 Sunset in the San Blas

Sunrise on the last day

One night we had an Argentine barbecue on the beach and got to have a shower (one in six days) so that was a great night. The only night we all had full bellies.

Immigration island in the San Blas

Out of the six day journey you really only have 2 days on the islands, because you spent the first day getting on the boat, then two nights and a day sailing, then at the end you waste a day at immigration and leave the following morning of the sixth day. Still, it was a nice way to travel between countries. If you’re interested in doing a similar trip I highly recommend you look up Blue Sailing for your options and do plenty of googling for reviews of the captains and boats.

Three of the 365 islands in the San Blas