Cruising Around the Galapagos: Part 3 – Fernandina and Isabela Island

The Western Galapagos Islands continued to excite me, despite the incident with the sea urchin… 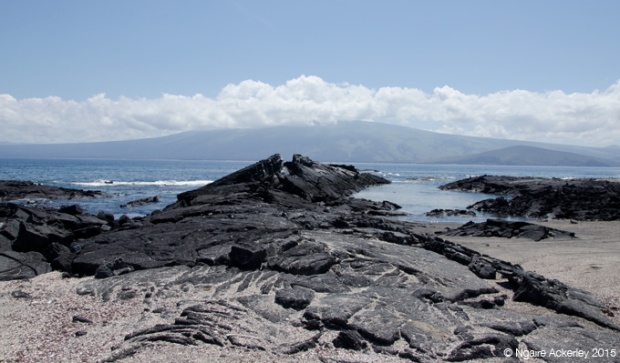 Fernandina Island on day 5 was incredible. Definitely a highlight for many people on the tour. Back to lava rocks, covered with bright colourful crabs, cactus, marine iguanas and a few sea lions. It was a pretty cool island to see.

The landscapes of lava rocks meeting the ocean were stunning, along with the large amount of marine iguanas sun bathing, swimming and chilling with lava lizards. 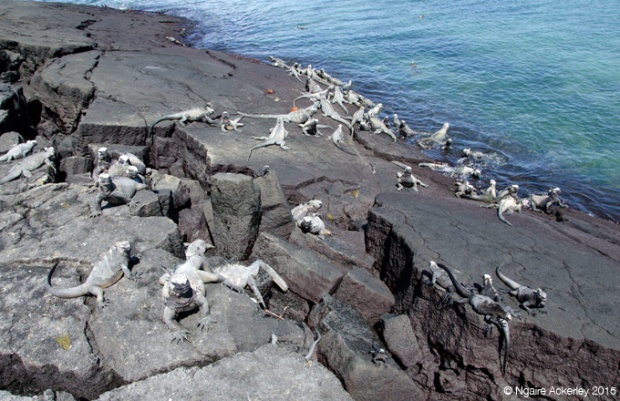 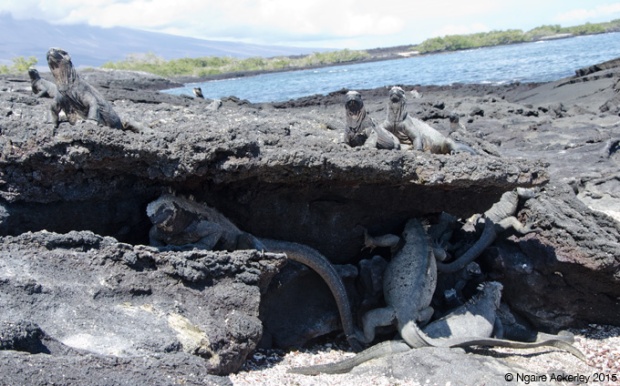 Then there was the sea turtles, sea lions and sting rays… 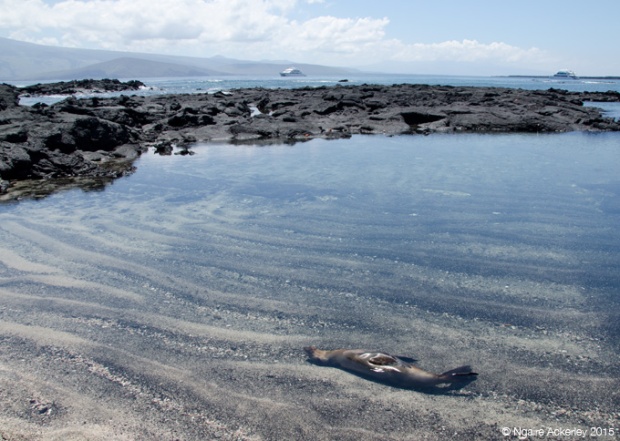 Sea lion relaxing in the water on Fernandina Island 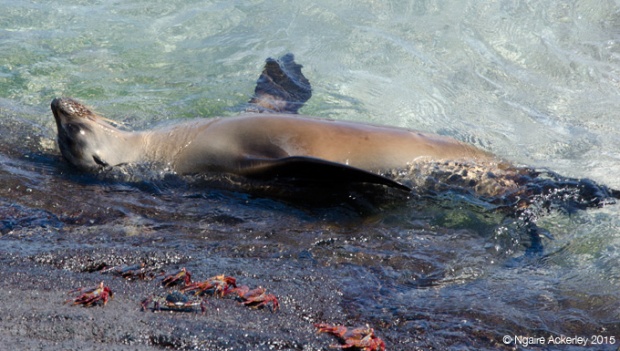 Sea turtle in the water near Fernandina Island

And not to forget the blue-eyed Flightless Cormorant…

Snorkelling back near Isabela that afternoon was successful. I had a bit of a break and then tried for a second round and finally was swimming with wild turtles in the open ocean, the odd penguin zoomed past, I saw gigantic starfish, a sea lion coming out of the water just ahead and plenty of fish. It was a pity that was my only decent snorkelling experience. I wish I was a stronger swimmer and hadn’t had a bad sea urchin experience. However, I still had expected the snorkelling to be a bit better in the Galapagos. It wasn’t by any means anything like snorkelling in Egypt!

Back on Isabela for the afternoon we hiked around Tagus Cove to see a crater lake. At the entrance to Tagus Cove you can see lots of graffiti, this is from the early visitors on boats, writing the year they arrived, some were really old! 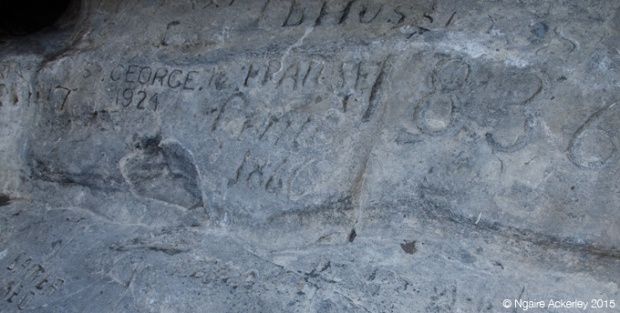 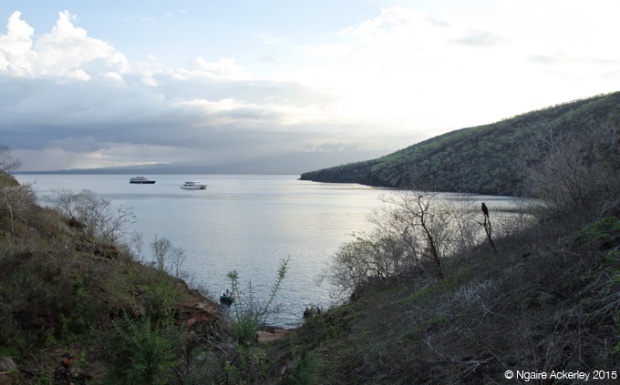 Tagus Cove, Isabela Island (view of our boat and the National Geographic one)

My foot didn’t appreciate the hike too much, so I eventually sat down with all the bugs and flies, while the others carried on. 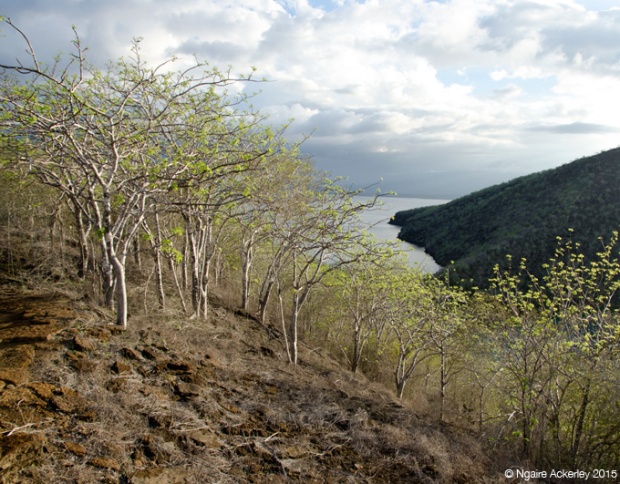 We had the pleasure of checking out the size of the National Geographic boat (aka rip off) near our boat that day. I was pleased to have been on a smaller boat without families and with more active people. Even seeing other boats I’d considered along the way made me appreciate the boat I was on. The photographs of the boats on some websites must be very old I think!

Octopus as we left Tagus Cove

Note: That’s part 3. I’ve still got at least one more part to share with you in the coming weeks. As you can see it’s a lot of photos to process for each post! Next up we rounded the western side, crossing the equator twice to head on the home-stretch to Baltra via a few other spots!

One thought on “Cruising Around the Galapagos: Part 3 – Fernandina and Isabela Island”