Just a few hours out of the quaint town of Arequipa, after seeing the not-so-nice edges of town you can head out to see the world’s deepest canyon: Colca Canyon.

Given my knee injury and how the altitude had been affecting me, I wasn’t so sure about a big hike into the canyon. I checked out some cheaper tours, but ended up choosing an expensive one that went to more spots along the way and was determined to avoid the large amount of tourists that head there on a daily basis.

Me at Colca Canyon

It was a great choice. We headed first to a reserve to see Puruna, the Stone Forest. It was a very unique stunning view of rocks formed in cone-like shapes. Similar to Cappadocia in Turkey, but the only other place like it in the world. 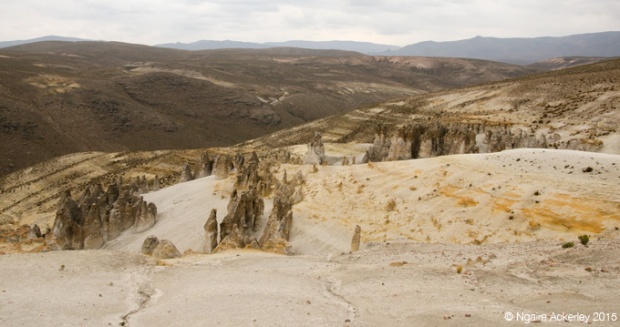 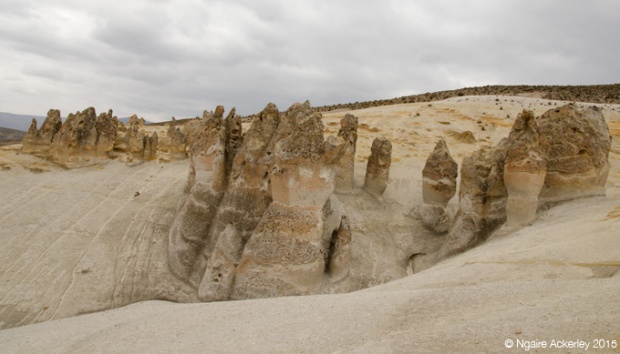 Me at the stone forest

There we also managed to spot the Viscacha, an animal in the chinchilla family – looks like a rabbit with a long tail.

We ventured up and up to 4910m above sea level to sadly not see any volcanoes surrounding the area. The weather wasn’t great and cloud covered almost everything. Along the way we did get to see an array of Vicuna (National animal of Peru), Alpacas and Llamas. There was also this interesting plant called Yareta, it looks like moss, but is rock hard and literally eats the rock it attaches itself to.

My tour group was made up of the usual 3 Aussies and 4 French and me the token Kiwi. The group was lovely and made for great chats. From a guy that has travelled 70 countries, to people just darting over to South America for a few weeks. It’s always great to meet good people along the way for tips on places to stay etc.

The view from our mini-trek

After a non-existent sunrise and a yummy brekkie (oh how I’ve missed porridge and actual coffee) we headed out to the highlight point of Condor Cross. The great thing about staying at the Colca Trek Lodge is that it is so close to the viewpoint that we got there way before any other tour group staying in the touristy Chivay. Sure enough, despite the fact that the condors aren’t usually around much Jan-March, we saw loads. They are the heaviest bird and the second largest – with adults reaching over 2m long! It was a great sight.

Condors competing for a perch 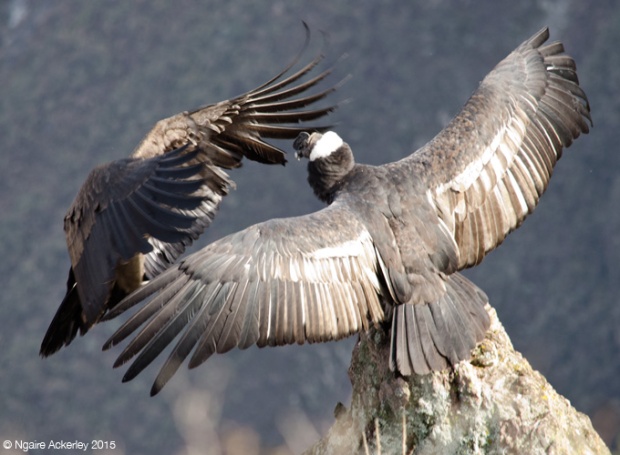 A condor flying in Colca Canyon 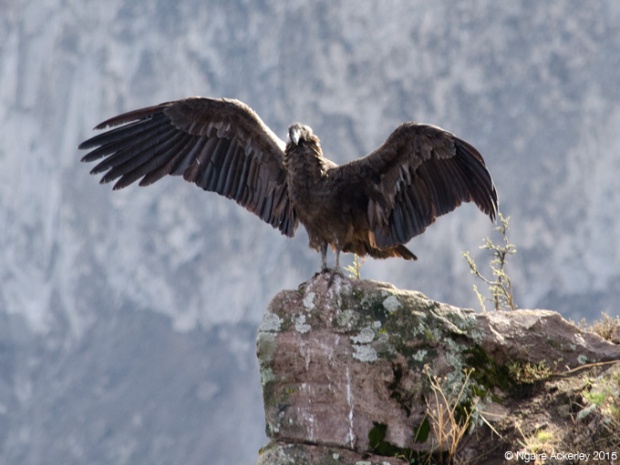 If seeing condors wasn’t enough, my highlight was actually heading out on the bikes from Condor Cross to the village of Cabanaconde. Flying down the hills and corners at full speed (okay I braked a lot, everyone else flew) we passed incredible terraces and views. The cloud was down in the canyon, so you couldn’t quite see the towns below, but the sun was out and it was still absolutely stunning.

Bikes all set for the ride! 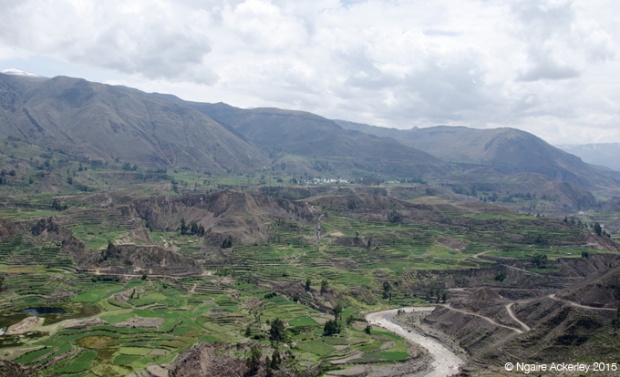 Our guide – Christian, a local to Colca Canyon, was incredible. He had so much knowledge of the area and was always able to answer our questions. I wish I’d been able to soak all the information up and remember everything, because it was really interesting. 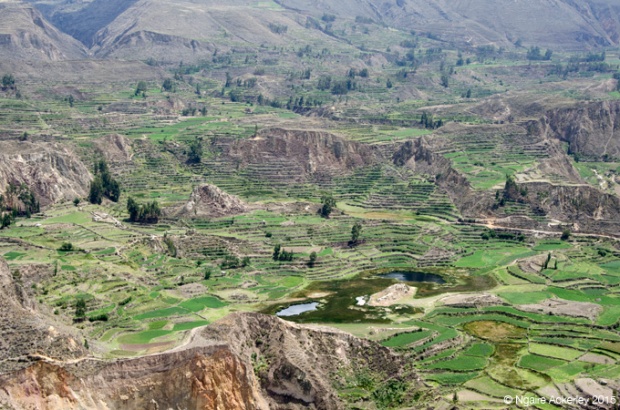 I hadn’t planned to visit Colca Canyon initially, but after a few people saying it was good, I was very pleased I listened to their advice. Every canyon is different so I can’t compare this one to others, but paying the extra for a good 2 day, 1 night tour really made this a great highlight of my time in Peru so far. If you’re thinking of heading to Colca Canyon, I recommend putting the extra money aside to do a tour with Colca Trek – and trust me I didn’t get paid or discounted anything to say that! 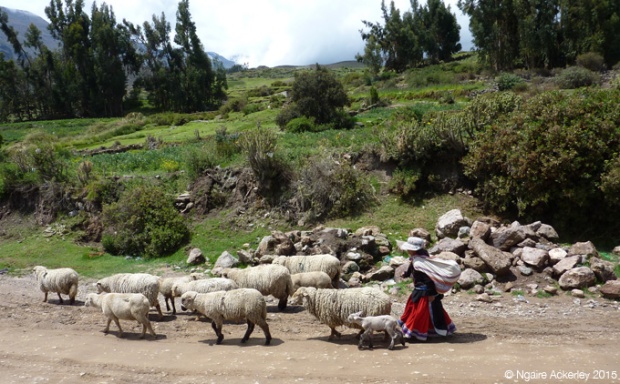 ← Arequipa and the Monasterio of Santa Catalina
Ruins ruins and more ruins around Cusco, Peru →