Cruising Around the Galapagos: Part 4 – Rabida, Santiago and Baltra Islands

Walking on moon-like rocks to creep up on the playful Galapagos fur sea lions you feel like you’re a long way from home… or at least I did. 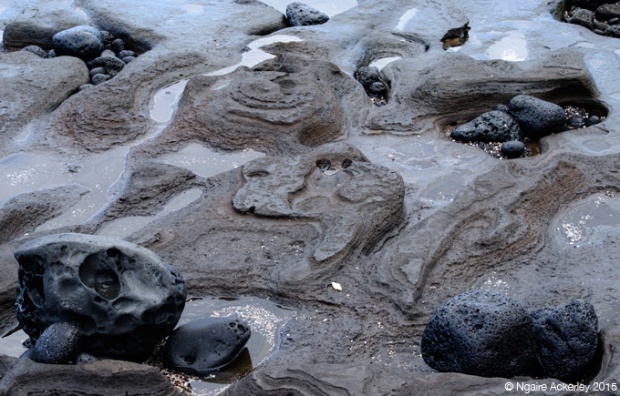 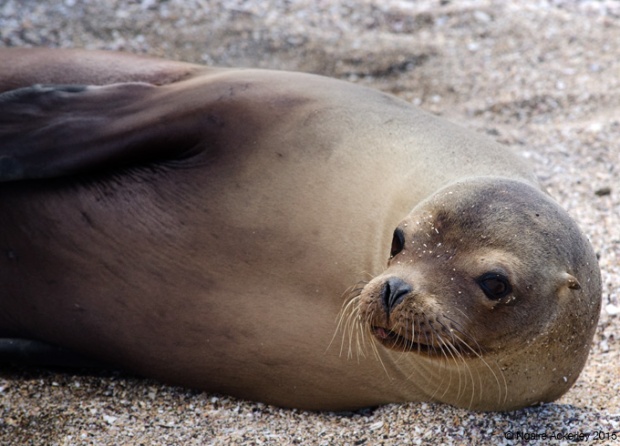 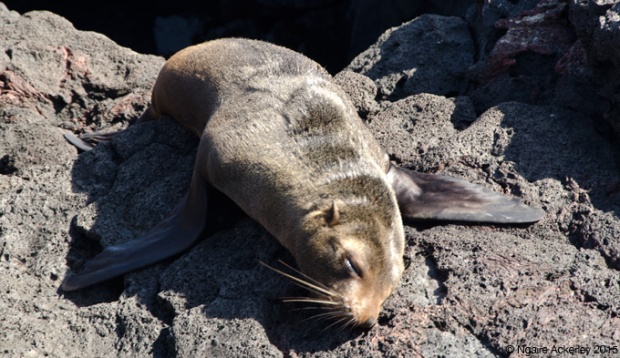 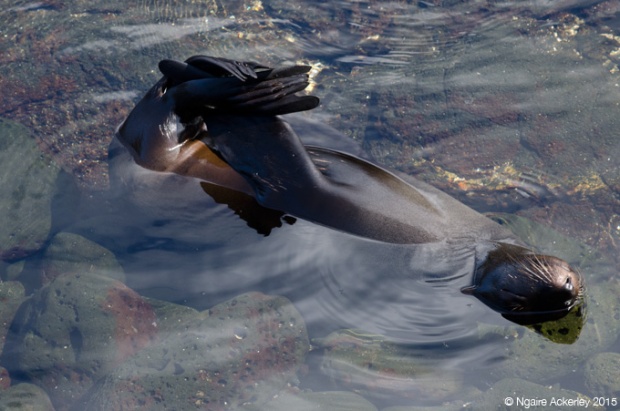 The fur sea lions are oblivious to humans here, just like the other sea lions on other islands. The water was crystal clear to see them playing below the water when they weren’t lazing about on the rocks. There was a definitely hierarchy present as one big sea lion got angry when any other came too close. 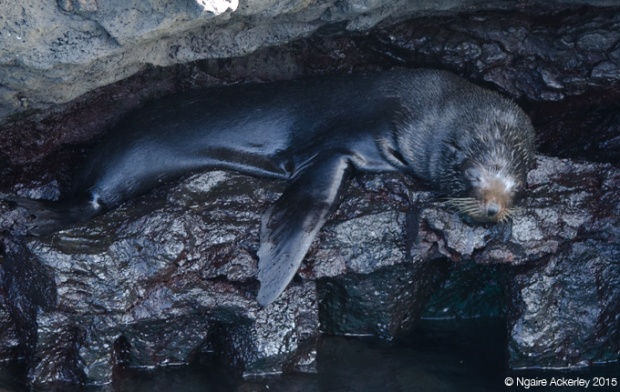 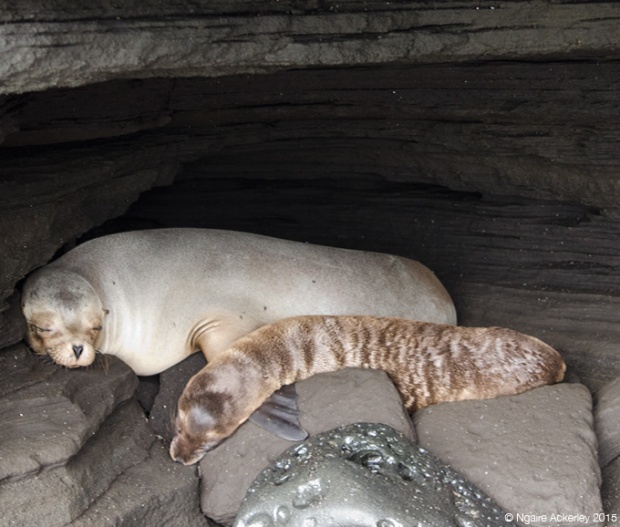 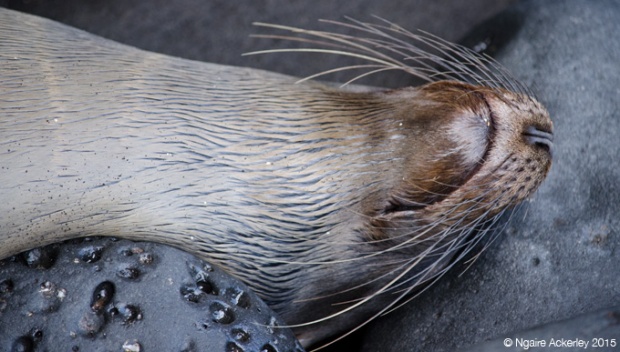 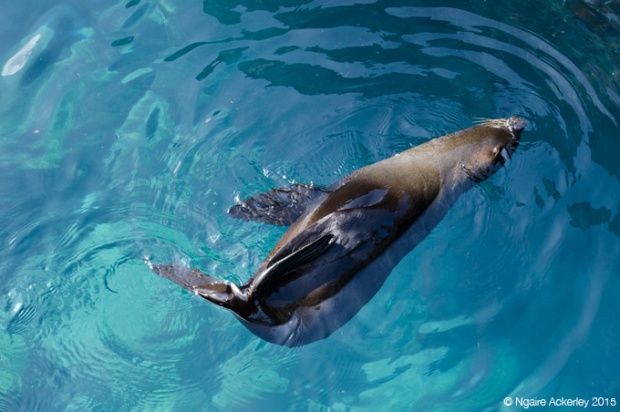 Santiago also had an array of birds, crabs and marine iguanas. 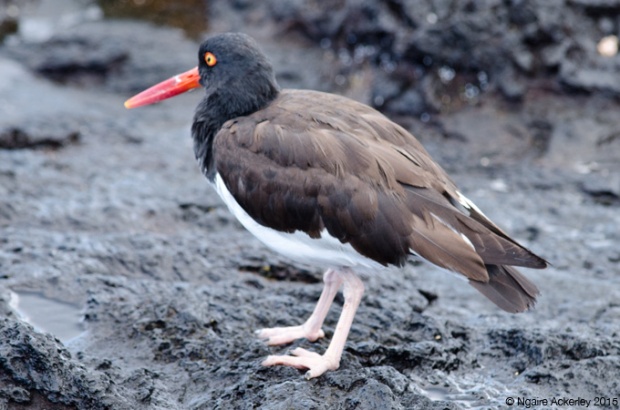 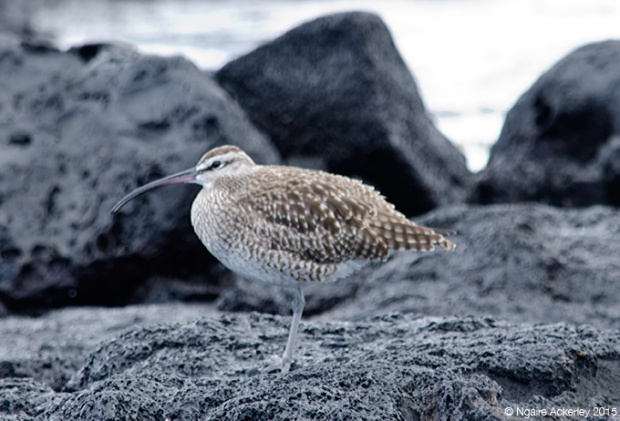 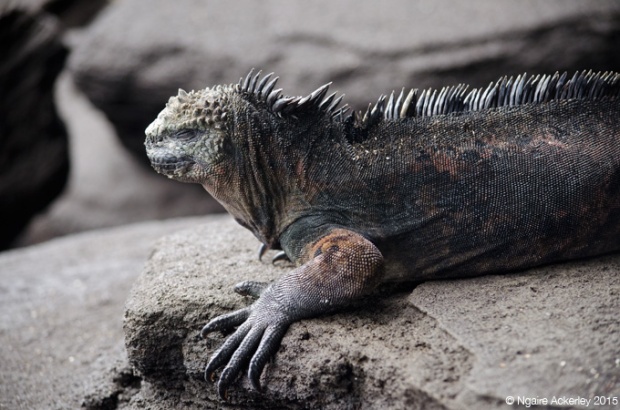 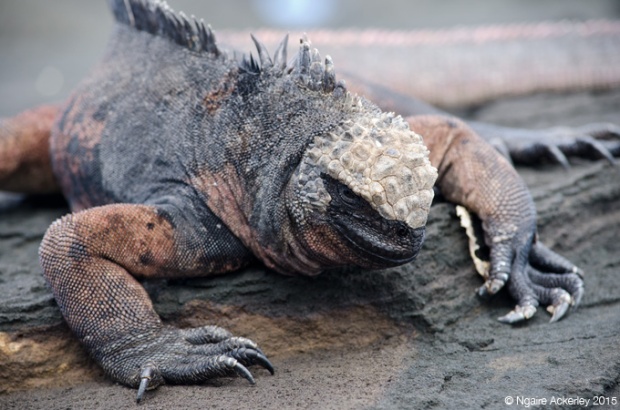 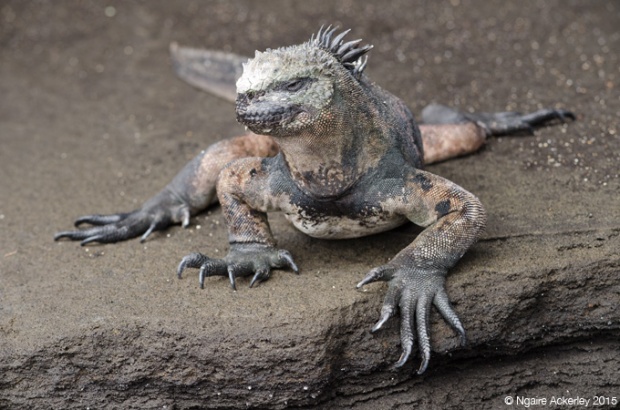 Snorkelling (despite a sore foot) did present a few ‘hairy’ moments, especially when I realised from the beach, however far you go out you have to make it back into shore. There were some interesting fish – even a tiny bright purple and orange one! Oh how I wish I had my GoPro working so I could show you! 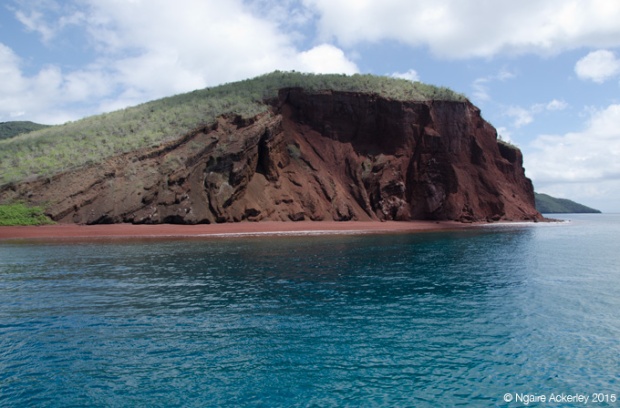 Red sand, red rocks, this island was completely different to any other one. It had lovely views, but not much wildlife. 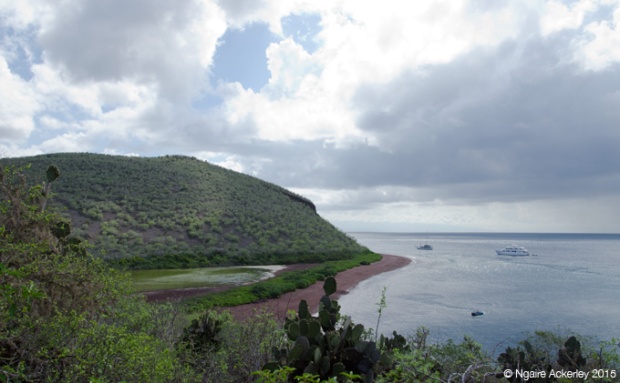 View from top of Rabida Island 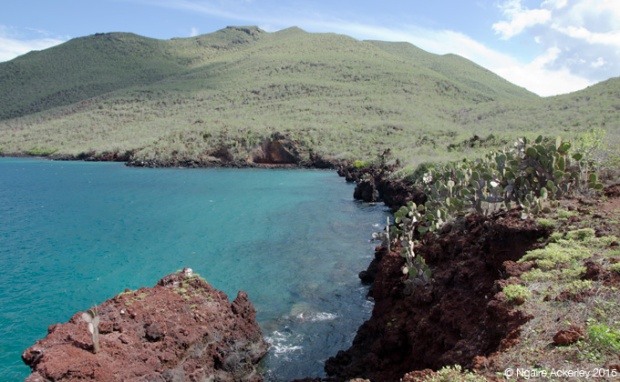 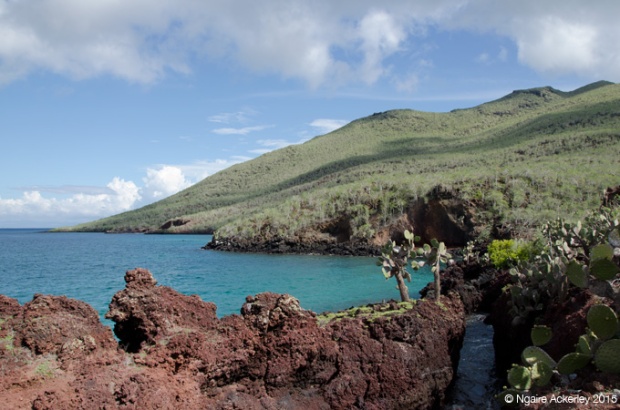 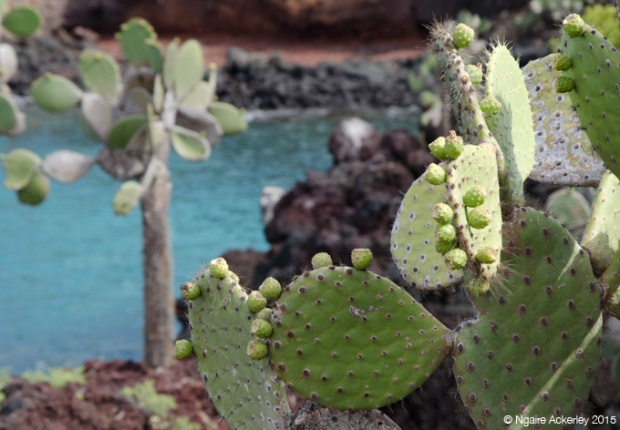 We were meant to snorkel from the beach, but my feet proved to painful in flippers and it was useless swimming against the current/waves without them. 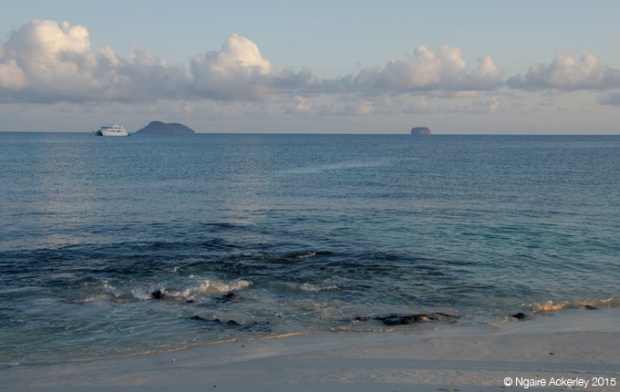 For our very last short morning on the cruise some of us visited Bachas Beach on Baltra Island. There were lots of turtle nests in – seen by the large lumps and holes in the sand dunes. Sadly there wasn’t much time to spend here as the last day was a right off as we all were dropped off around 7:30-8am. 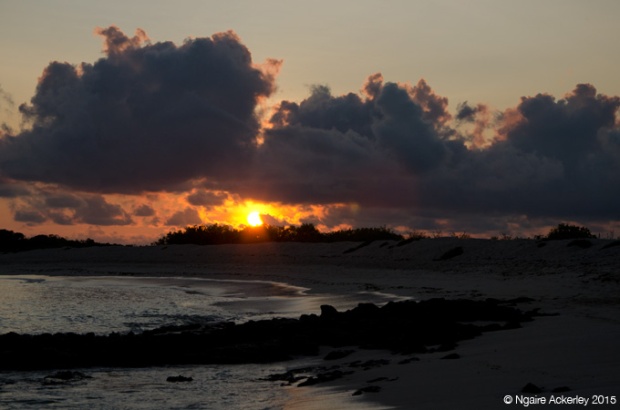 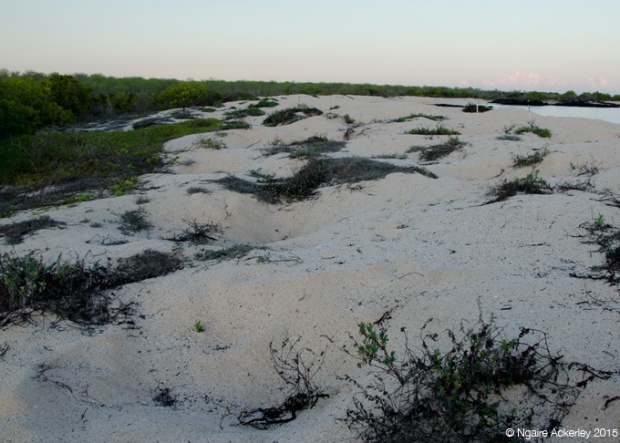 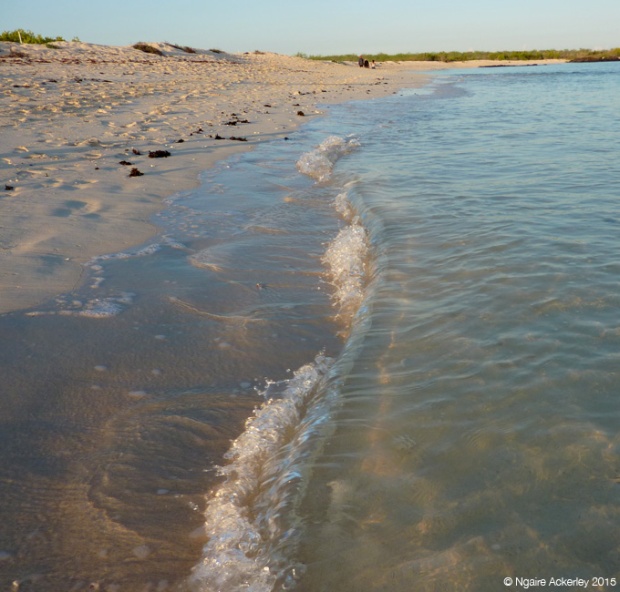 The cruise aboard the ‘Treasure of Galapagos’ was made great by the people on the cruise. I had a fantastic group and I don’t think I would have enjoyed it nearly as much without them. The boat was pretty nice, but I was just lucky I didn’t have any major issues with my room as some others did. 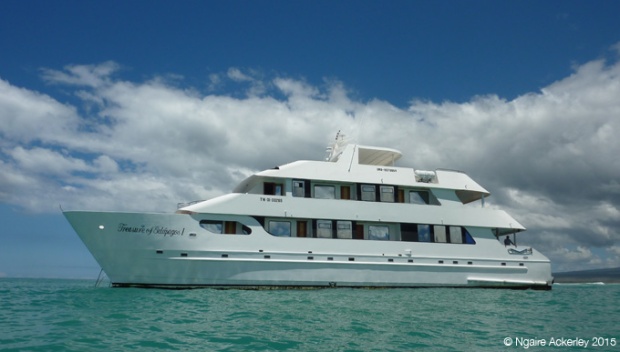 The itinerary was good when we got to the western side of Isabela Island and also Fernandina Island. I can’t say whether the western itinerary was better than the central itinerary. We were told that all the boats have 70 spots that they are allowed to choose from to visit on a cruise boat at around the Galapagos Islands and each boat generally has a 2 week itinerary that visits just a few of those 70. 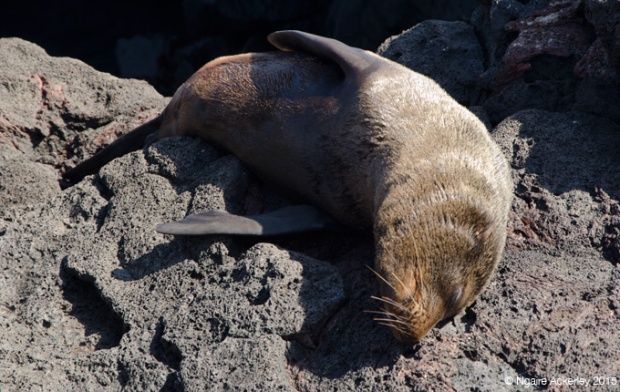 In may seem like I saw a lot of iguanas and sea lions from my photos. Well I did. I would have liked more variety, but again a lot of the wildlife is in the water and to see that you have to be a decent swimmer and snorkeler. I don’t regret any of my trip and I’d still recommend people do visit the Galapagos and consider a cruise or day trips, but just be aware it’s not like Egypt’s coral reefs or Africa’s national parks with it’s amount of different wildlife. 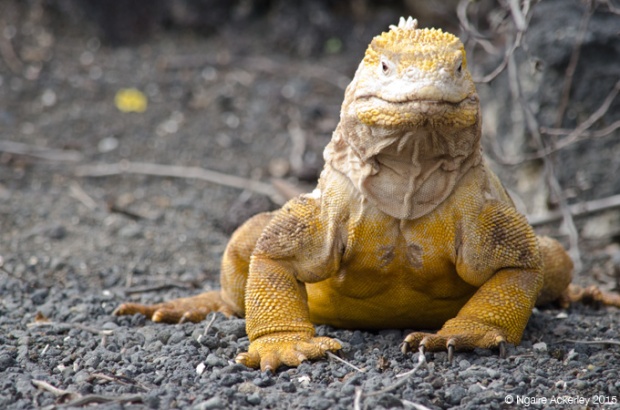